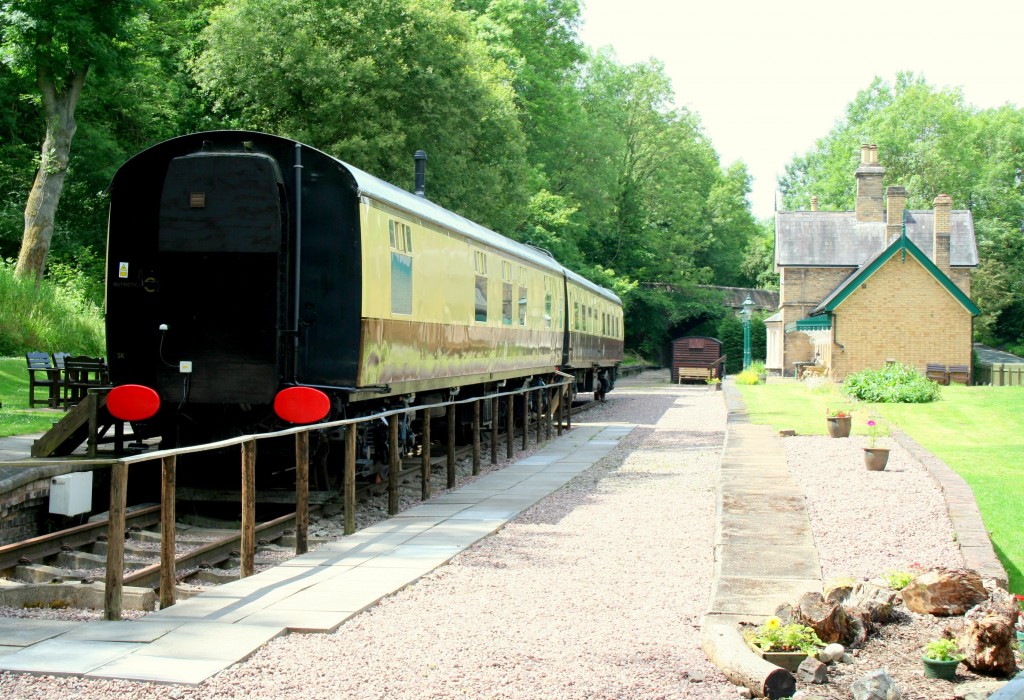 In 2002 Steve and Lisa took one look at Coalport Station and made the decision to be the station masters there and then. Three months later they gave up their business life in London to become the proud owners or The Fat and Thin Controllers!

Well, who wouldn’t want to own a disused country railway station; with two platforms, a waiting room and 3 acres of land, overlooking a picturesque river setting nestled within the World Heritage site of the Ironbridge Gorge.

Their previous working lives had been involved with interior design of Aircraft, Autos, railways, as well as interior and clothing design for the hotel and hospitality industries. Their experience came to the fore when designing the interiors of the carriages. However designing and actually fitting are two different things, and even with some of the best plans put forward the first carriage was 6 months late and twice over budget! They thought they had learned a huge amount, and the second carriage was this time 12 months late and 2½ times over budget..............some people never learn!

The move from the cut and thrust of business in London, to a much slower pace of life in Shropshire means that getting out and about early is now the exception rather than the rule. They stopped wearing watches years ago.

They do not miss the London sounds of teenage drivers in their Mum's old cars, racing around the streets in the dead of night. The teenage noises here come from the badgers and the deer, with owls adding their hoots.

The Shropshire lifestyle has also attracted some of their family and close chums to move to the area as well.

One of the things they noticed immediately was the absence of the annoyances of modern day life; no road traffic, no trains, and especially no overhead aircraft noise - they used to live under the stacking flight path for Heathrow and Luton. Now it's just the very occasional flying fighter jet - but that is an exciting time and it breaks the day nicely especially for little boys of any age.

Both of them find that Shropshire and especially Coalport Station embrace the present and the past so well. The carriages have all the modern luxuries people look for and yet it's wrapped up in a vintage setting, whilst only being a few hours’ drive from the centres of London and Manchester, with Birmingham’s centre being less than an hour’s drive away.

Dining out around Coalport Station